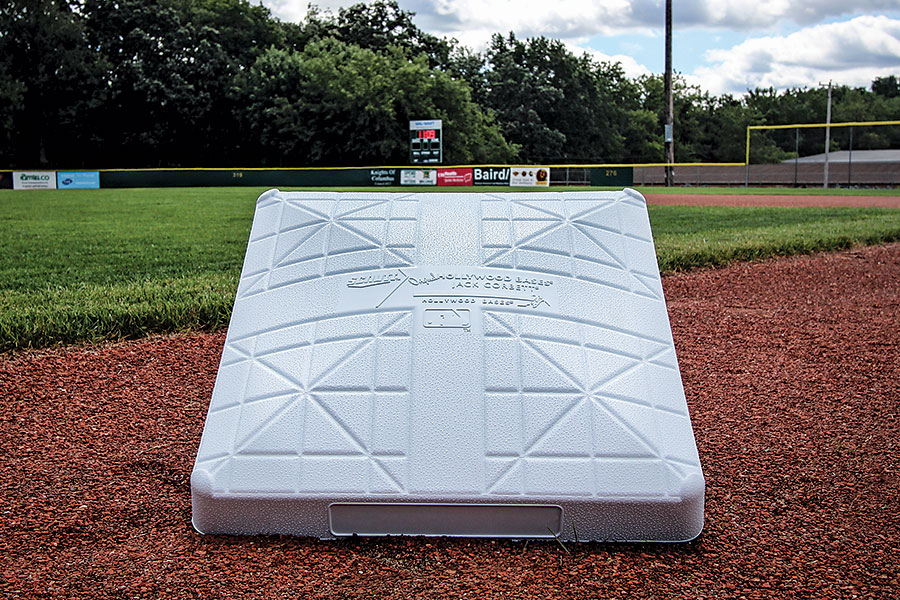 These are the real big league bases. Original Hollywood Jack Corbett Bases have been used by MLB® since 1939 and are the exclusive bases of MLB. Set of 3. Consider adding a set of commemorative Jack Corbett Base Jewels (below) for the ultimate professional touch.

Every MLB® team can’t be wrong, can they?

Jack Corbett bases are the best design on the field — any field. Including the pros, where every MLB® team since 1939 has used them on their fields. With a tapered lip that virtually eliminates edge turn up, they feature high-quality 1200 lb tensile strength rubber to prevent most cuts and tears. The natural rubber cover and steel stanchion withstand heavy use. And, these workhorses are engineered to withstand bad weather and harsh rays through ultraviolet inhibitors.

Who Was Jack Corbett?

So, who was Jack Corbett? Or perhaps, who wasn’t he? The same man who patented the Jack Corbett Hollywood Base in 1938 was also:

1. The inspiration for the fictional baseball man Nebraska Crane in the works of Thomas Wolfe, who was Corbett’s bat boy when he was the player-manager of the Asheville Tourists in 1916. Corbett lived in a boarding house run by little Tom’s mother, Julia Wolfe.

2. One of the managers involved in the shortest professional game on record.

4. A gadfly who took Major League Baseball all the way to the Supreme Court in 1953. Corbett, then the owner of the El Paso minor league team, sued baseball for an antitrust violation when it wouldn’t let him sign Mexican League players. He lost.

5. The executive vice president of the ill-fated Global League, which died in its attempt to become the third major league in 1968.

Though the colorful Corbett owned several minor league teams, he wasn’t associated with the Hollywood Stars, so there is some mystery as to why he named the base system that he invented and peddled “Hollywood” bases. But he did live in nearby Van Nuys, California, where he died at the age of 86 in 1973. He left a legacy that can be found on diamonds and in libraries (public and legal) across the land.

Too bad he’s not around to tell the story of the shortest game on record. As recounted by Wynn Montgomery in the Fall 2011 “Baseball Research Journal,” it happened on the final day of the 1916 season, when the Winston-Salem Twins were visiting Asheville. Because the game meant nothing in the standings and the Twins wanted to catch an afternoon train, Corbett agreed to play it as quickly as possible. They even started a half-hour early, at 1:28, before the umpires and the soon-to-be furious owner got there.

Batters swung at the first pitch, pitchers didn’t wait for their fielders, and baserunners kept running until they were tagged. At one point, the Twins on-deck hitter picked up an errant throw and threw out his own runner attempting to take second. The game wasn’t fixed, or else the Tourists wouldn’t have had to bat in the bottom of the ninth. They lost 2-1.

The whole game took 31 minutes, and the Twins were able to catch the 2:30 train. Maybe Jack Corbett still has something to offer baseball. 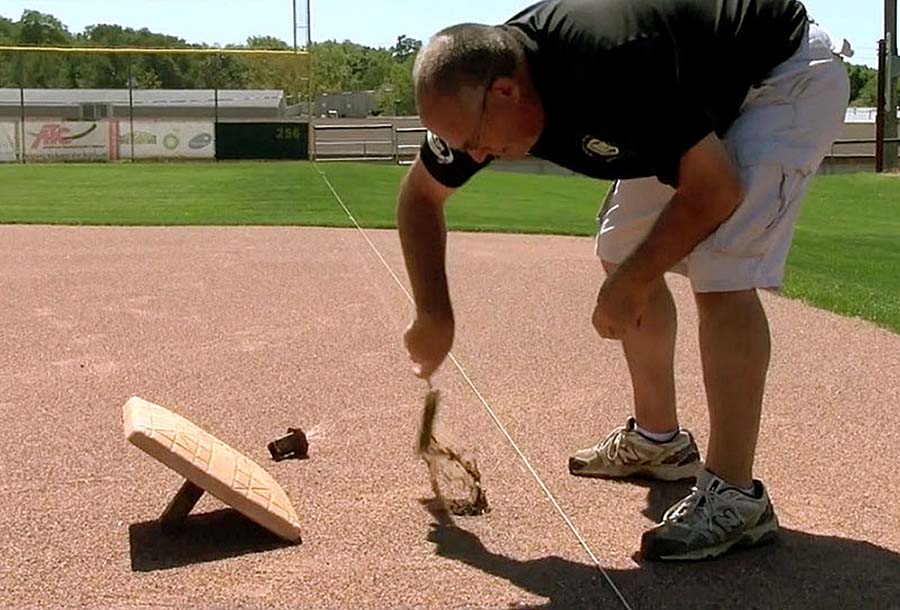 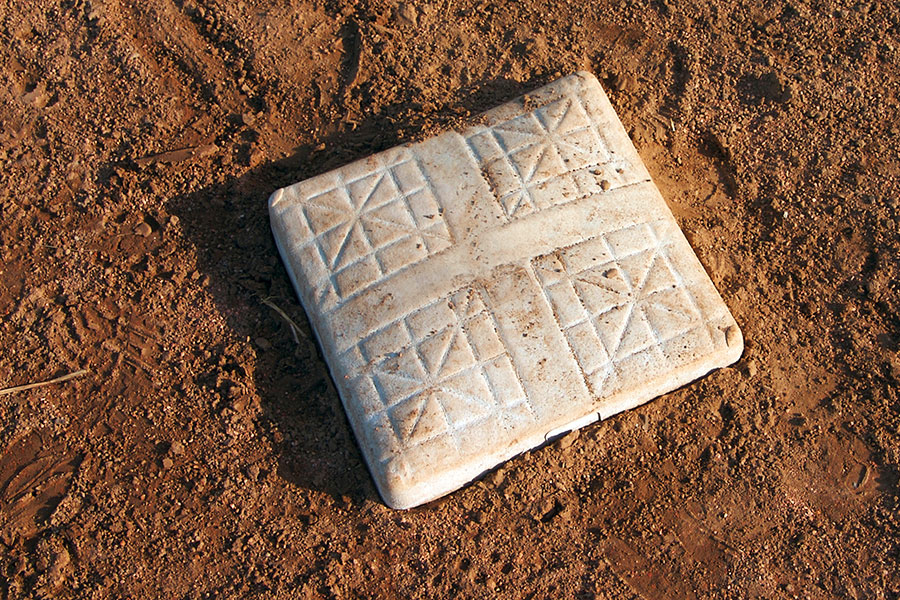 ×
Stay up to date with all things ballfields.
Never miss a beat! Sign up for our email list for the latest expert field tips, how-tos and product specials.