Back when we first began to develop netting backstops and batting cages, we realized that there was one component that would make or break our products.

Specifically, the pulleys that raise and lower the netting, and tension it when need be. (There is saggy netting all across America, and we never want any of them to be ours.) 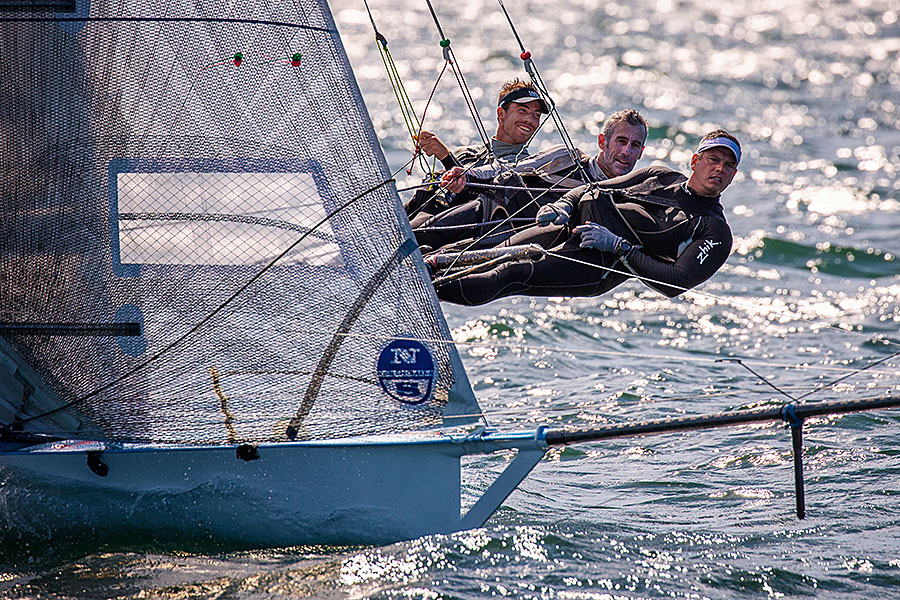 There’s no question, Harken sets us apart. The performance of Harken pulleys on our products is second to none.

Initially, we tried pulleys from industrial supply companies, and they just didn’t do the job. They were too heavy, too cheap, too prone to corrosion and failure.

One of our engineers was an avid sailor, on the waters of Lake Mendota and elsewhere. He thought about the pulleys on boats he’d sailed, how effortlessly they help guide the ropes for every sail trimming task. It was exactly what our netting systems needed.

The hardware on his boat was made by a company named Harken.

The rise of Harken.

Not long after earning his engineering degree from the University of Wisconsin — where he spent as much time sailing as he did studying — Peter Harken was spending another late night in the lab. He had gotten a job with a medical electronics company, and often stayed after hours designing and building hardware for his sailboat and iceboat.

A few plastic ball bearings rolled off his bench onto the floor. “ I was amazed at how high they bounced,” he recalls. “The less mass, the faster things accelerate. That’s what pulleys do on a boat – stop and start all the time.”

Peter replaced the stainless steel bearings in his blocks (sailing lingo for pulleys) with 1/4” nylon ball bearings. He put his designs to the test on his boats, and as competitors saw his sails releasing faster and his equipment working more smoothly, they spread the word about the “black blocks with white plastic balls.” 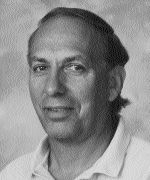 In 1968, even as they continued developing hardware, Peter and his brother Olaf started a boat building business, Vanguard Boats, out of a run-down garage in Waukesha, Wisconsin. The first year they made $3,800. But then they caught a tailwind.

They took a few of their blocks down to Chicago, and showed them to Gary Comer, an old friend and founder of Lands’ End – then a marine hardware business, eventually to become a wildly successful retailer of preppy clothing. Gary said, “If I put them in my catalog, you’ll have to make a lot of them.”

So the Harken brothers began manufacturing their revolutionary blocks. In the meantime, Gary sold some of them to Lowell North and Buddy Friedrichs, who won gold medals in sailing at the 1968 Olympics. 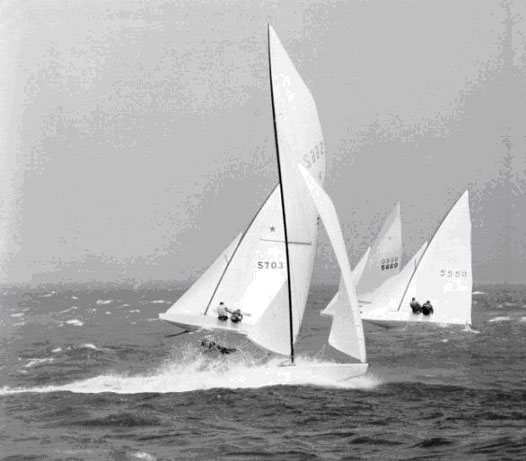 Soon enough, Harken began developing bigger blocks for bigger boats, including those that competed in the prestigious America’s Cup races – blocks with an even greater load capacity, that would perform in far more challenging conditions. The Swedish team tested a prototype on one of their Cup boats, along with the blocks of other companies, and told the Harkens,“Your block was the only one we didn’t have to replace.”

The Harkens sold the boat building business, and concentrated on hardware. The company, now named Harken Marine, expanded all over the world. It became the premier supplier of blocks, winches and travelers for both competitive and everyday sailing. It even developed radial hydraulic pumps, to power the winches for the very largest America’s Cup boats.

Then Harken Marine launched a new division, Harken Industrial, reaching out to any endeavor that required “Rope Under Tension.” Mountain and urban rescue, utility companies (for power line work), stage and theater companies were just a few of its early industrial clients.

Another was a ballfield equipment company over in Middleton, Wisconsin named Beacon Athletics. 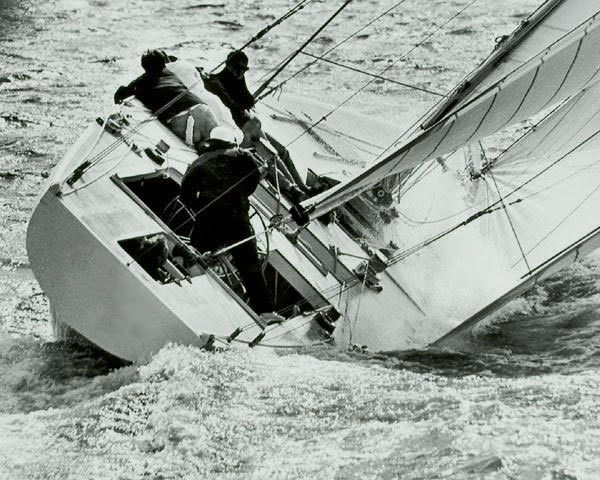 Beacon and Harken team up

Using Harken hardware gives our netting backstops and batting cages a sizable advantage over competitors that use ordinary steel hardware. It’s lighter, tougher, more efficient. Year after year, it proves itself in the world’s most competitive sailing races, and through the toughest industrial uses — where lives may depend upon it. And it’s built to withstand the worst weather on earth.

So you can be sure that it will perform on your ballfield, regardless of where you’re at — in Tornado Alley, the steamy South or frozen northern Minnesota. No additional testing necessary.

Early on, our Beacon customers told us what a plus it would be if our backstop netting could go up and down as quickly and easily as possible, to store for the winter, or until a big storm has blown through. They told us easy set-up is even more important with our Phantom batting cages, which often need to go up and down in minutes, to maximize indoor training space in a gym or rec center.

Speed, ease, efficiency. Think of a sailor in the midst of a race, the pulleys in almost constant motion, and you know why Harken hardware is so ideal for Beacon netting. 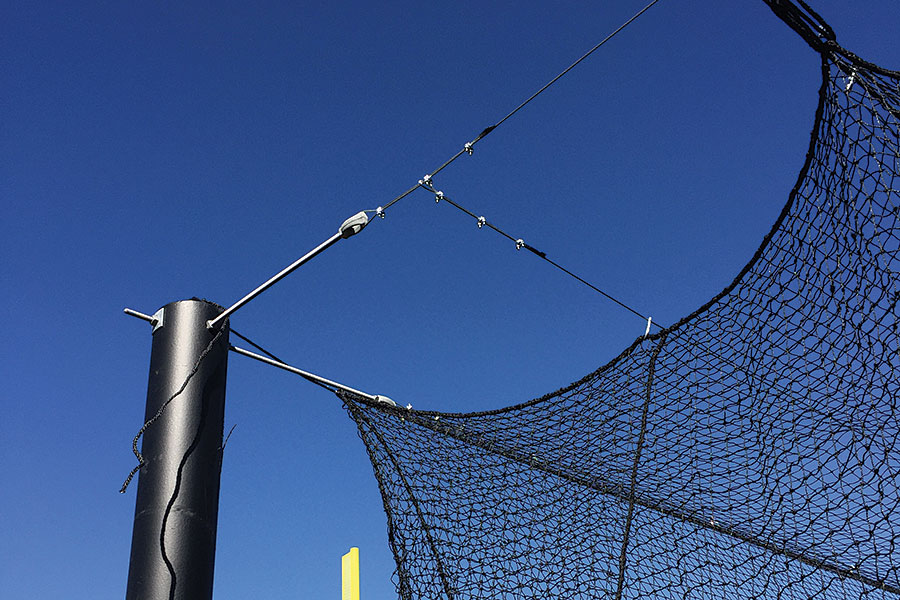 Our netting and batting cages utilize the best, most technically advanced materials and designs. Take the Carbo Air pulley, found in several Beacon netting products. Compare its fine-tuned features to those of the steel pulleys found on most ballfields:

The Carbo Air Pulley is a popular, proven product, but don’t be surprised if it gets even better in the future, because Harken continually challenges what they are doing. It’s driven by the constant evolution of parts inspired by customer feedback and powered by the collaborative, questing spirit of Harken employees — particularly those in engineering, quality and manufacturing. 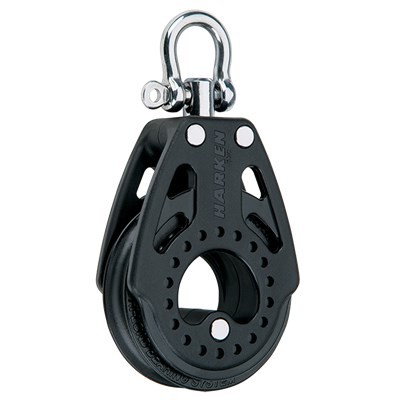 In addition to the many products in its marine and industrial lines, Harken does custom design and manufacturing as well, not only for 200-foot megayachts but also for clients like Beacon Athletics. Who knows what future innovations we’ll bring to ballfields with Harken’s help?

“Harken is a great partner,” says John Maher, CEO of Beacon Athletics. “We’re so appreciative of everything they do for us, in helping develop products for our customers that are reliable and easy to use. In almost 20 years, we’ve never had a Harken pulley fail.”

When you tug on the rope of your Beacon netting backstop or batting cage, you may not feel like you’re trimming your sails in the America’s Cup, but you will feel the power and ease of the Harken pulley. It works. No matter what. 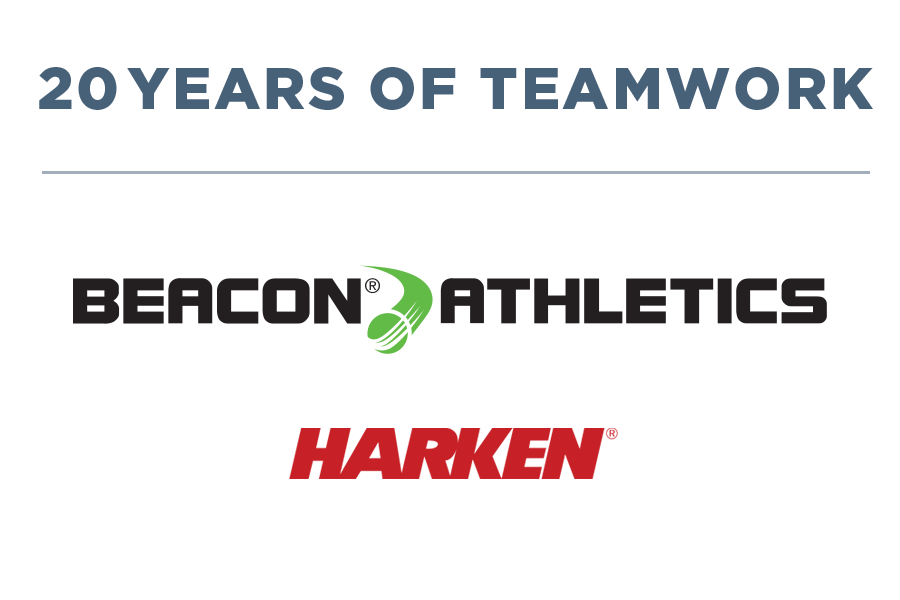 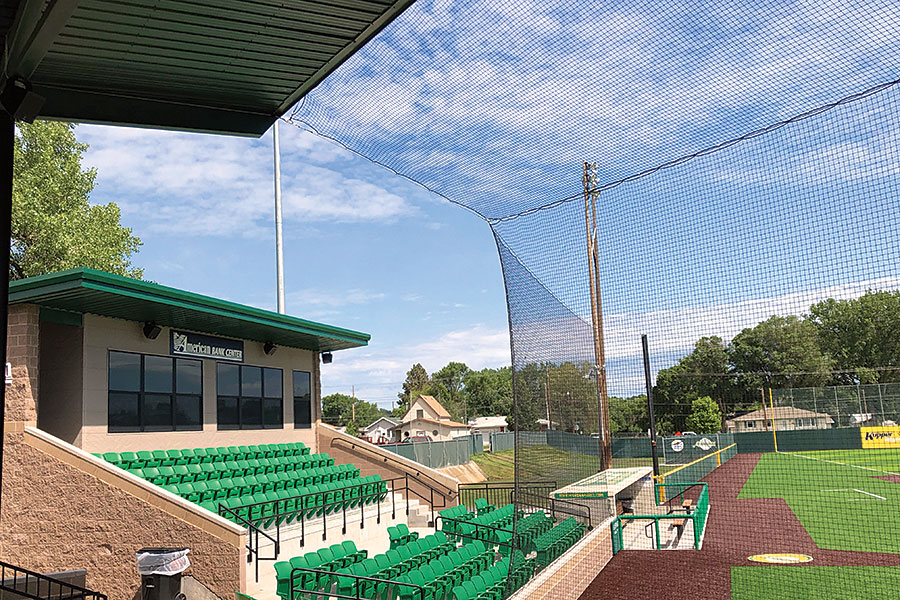